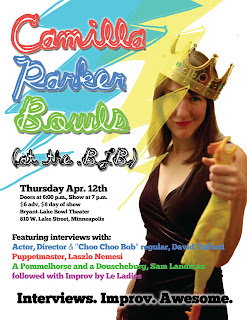 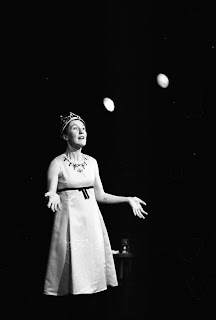 Hi friends!
Camilla returns!
Thursday April 12th,
New shiny time of 7 p.m.!
Bryant Lake Bowl Theater
Who will be interviewed? What will be said? Will anyone in Boytron wear a hoodie?
Looking forward to fun!
Posted by Jen at 9:47 AM 0 comments

Theme for December: Tell Me A Story 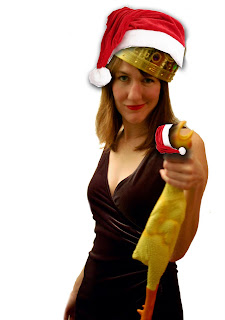 Hi friends!
Good god. What I learned from November's show:
- There is soooo much talent in the Twin Cities, it's.. crazy. Cray cray.
- Andy Crowley is amazing.
- I can't play a pattern on a keyboard after one cider. My life as a rock star will have to involve absolutely no motor control.
- Nels can sing!
- Troy can beatbox!
- We should all be listening to opera. Or seeing opera. Or going to see Shatzi (Laura Hynes) perform opera. And accompany herself. Good good god.
What's up for December? TELL ME A STORY!
Featuring interviews with:
- Local writer, producer, father, funny man and paella chef, Levi Weinhagen
- Internationally known birder, power geek and keeper of rabbits and celebrity bees, the Bird Chick, Sharon Steitler
***Now also with the loveliness of Tom Reed, Lounge-A-Saurus himself. W00t!! :)
All this, and improv by BOYTRON. Heck yes.
Thank you so much for an amazing year, friends. :)
Thursday Dec. 1st
10 p.m., doors at 9:30 p.m.
Bryant Lake Bowl
$6 adv, $8 day of show
Posted by Jen at 8:34 AM 0 comments

Dear friends,
The only problem with telling ghost stories in a haunted theater is that, AFTERWARDS, you get to hear the stories of the haunted as #@* basement in the Bryant Lake Bowl, and realize that there's certain rooms there that you never want to pass in front of again. brrrr...
So so many thanks to Alison Nowak and Taj Ruler for sharing their amazing and terrifying experiences. GAH! And to BOYTRON for making it all okay. 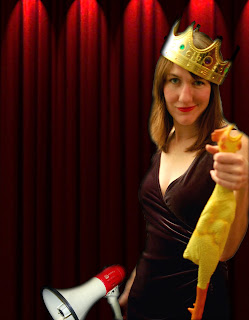 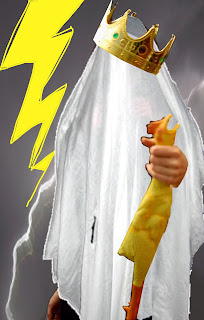 Hi friends! Happy almost-fall!
The July show was fantabulously nerdy. How nerdy? Knit Dalek nerdy. It was great. Many many thanks to our improvisers and our interviewees - - delight.
What's next... SPOOOOOOKY!
The theme for October is GHOSTS. Featuring real life ghost stories from:
- Local delight, actress/improviser Taj Ruler
- Local artist, Alison Nowak
- Founder of the MN Paranormal Investigators, John Savage.
Plus improv by BOYTRON! (Who'll also be at HUGE Theater during the month of October, performing their Zombie Apocalypse piece "Survivors of the Undead Plague")
The details...
WHO:
Hosted by Jen Scott (Fringe Festival & Huge Theater regular, Actors Theater of Minnesota's "Tony n' Tina's Wedding" and "We Gotta Bingo") Featuring improv by BOY TRON (producers of "Survivors of the Undead Plague")! HOLY CRAP! 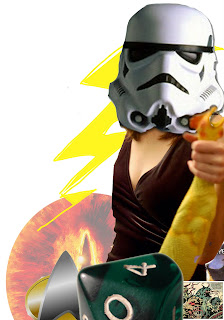 Hi friends! Whatta lovely show it was... Many many thanks to Doug Neithercott, Sean Mattner, Rebecca Wall and Lindsey Hoskins for being hilarious and charming, many many thanks to BOYTRON (with special guest interloper James Rone) and many many thanks to you!!
We actually ended up deciding that the Royal Wedding really wasn't that bad, and needed to be obnoxious on purpose. Who knew?
What's Next? NERDS!!!!!
That's right! Thursday July 14th, 10 p.m.
nerds nerds nerds nerds... Featuring head nerds:
Queen of the Lizard People, Melissa Kearcher
Improv and Genre goddess, Hannah Kuhlmann
Mustache Ranger, Blank It comic creator and all around busy man, Aric McKeown
Theremin-ist, Jerry Bjelojac
And more!!!
*********************************
WHO:
Hosted by Jen Scott (Fringe Festival regular, Huge Theater's "Overheard in Minneapolis", Actors Theater of Minnesota's "Tony n' Tina's Wedding" and "We Gotta Bingo") Featuring improv by BOY TRON (producers of "Survivors of the Undead Plague")! HOLY CRAP! 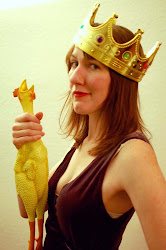 For information, press photos, press releases or anything else about Camilla Parker Bowls (at the BLB), email Jen at octoberdandy at gmail dot com. Many thanks!